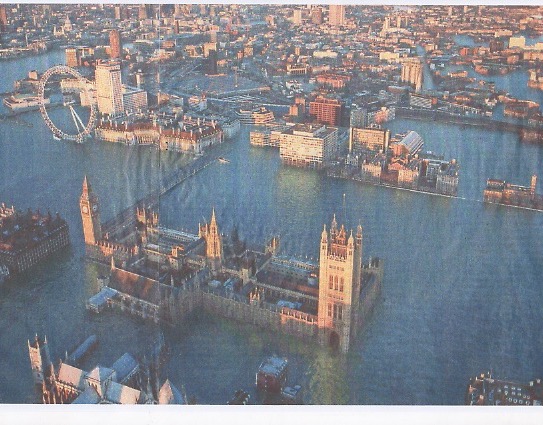 The world is on a path of catastrophe after catastrophe due to climate changes caused by global warming.  Many know, few disagree.  The media report it but government acts slowly.

The Environment (Principles and Governance) Bill currently under discussion in the UK Parliament will “require Government to have a plan for environmental improvement”. It is to be a 25 year Environment Plan.  If it had happened 25 years ago we might not be in the present trouble.  But it is action that is needed, not a plan for future action!  And it is “environmental safeguarding” that is required, not just “improvement”.

The following proposals are drastic, but they are not life-threatening in the way that no action is. They could lead to a better life for all.  For the sake of our grandchildren, and certainly theirs, government must act:  the five proposals for legislation should be incorporated in this current Environment Bill.

AN ECO-REVOLUTION IN THE TWENTY-FIRST CENTURY

These are, of course, ultimately global issues, but here are seen in the context of Britain.  The industrial revolution started here, perhaps the eco-revolution, world-wide, will too.  Certainly it should be encouraged and facilitated wherever possible through the world.

These issues are formidable tasks for government and parliament!  But we elect our representatives  in the expectation that they will comprehend, protect and enhance our best interests and those of our descendants.  Parliament should begin to act decisively now.